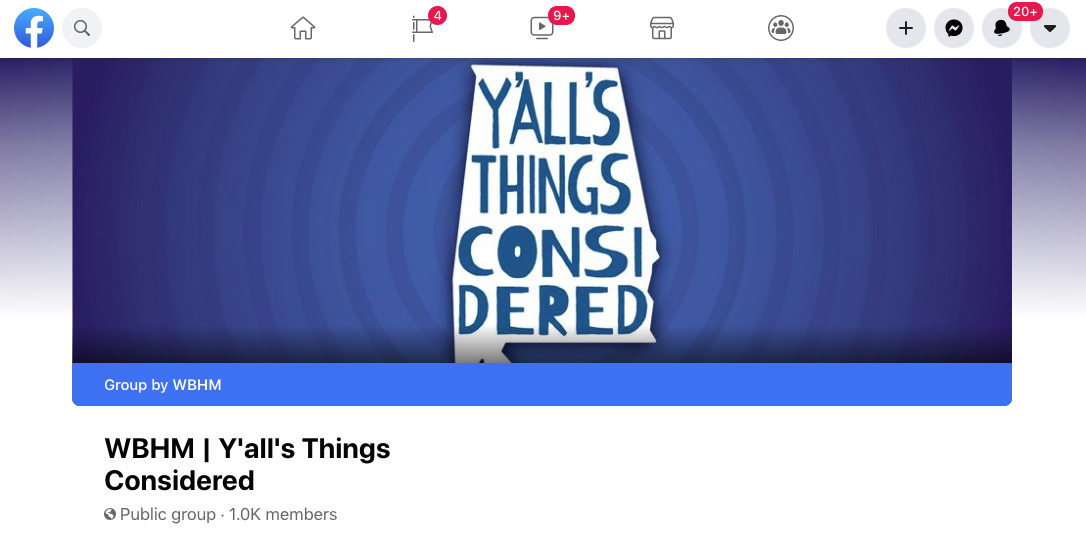 WBHM started a Facebook group where their audience could connect amid the isolation of the pandemic.

Journalists cut off from in-person contact with their communities are relying more on social media to crowdsource stories and to find out what questions the public wants answered. For example, Birmingham’s WBHM, a public radio station, started a “Y’all’s Things Considered” Facebook page where people could connect amid the isolation brought on by the pandemic. The page, which now has more than 1,000 members, is also used by reporters to find sources and gather string. “Sometimes we’re shameless about it,” said news director Gigi Douban. “We’re doing a story on nursing homes. ‘Do you have a family member in a nursing home?’” Often, those who respond are “thrilled to be a voice in the story. … It was a really good direct pipeline to our audience where we couldn’t be out there in community.” 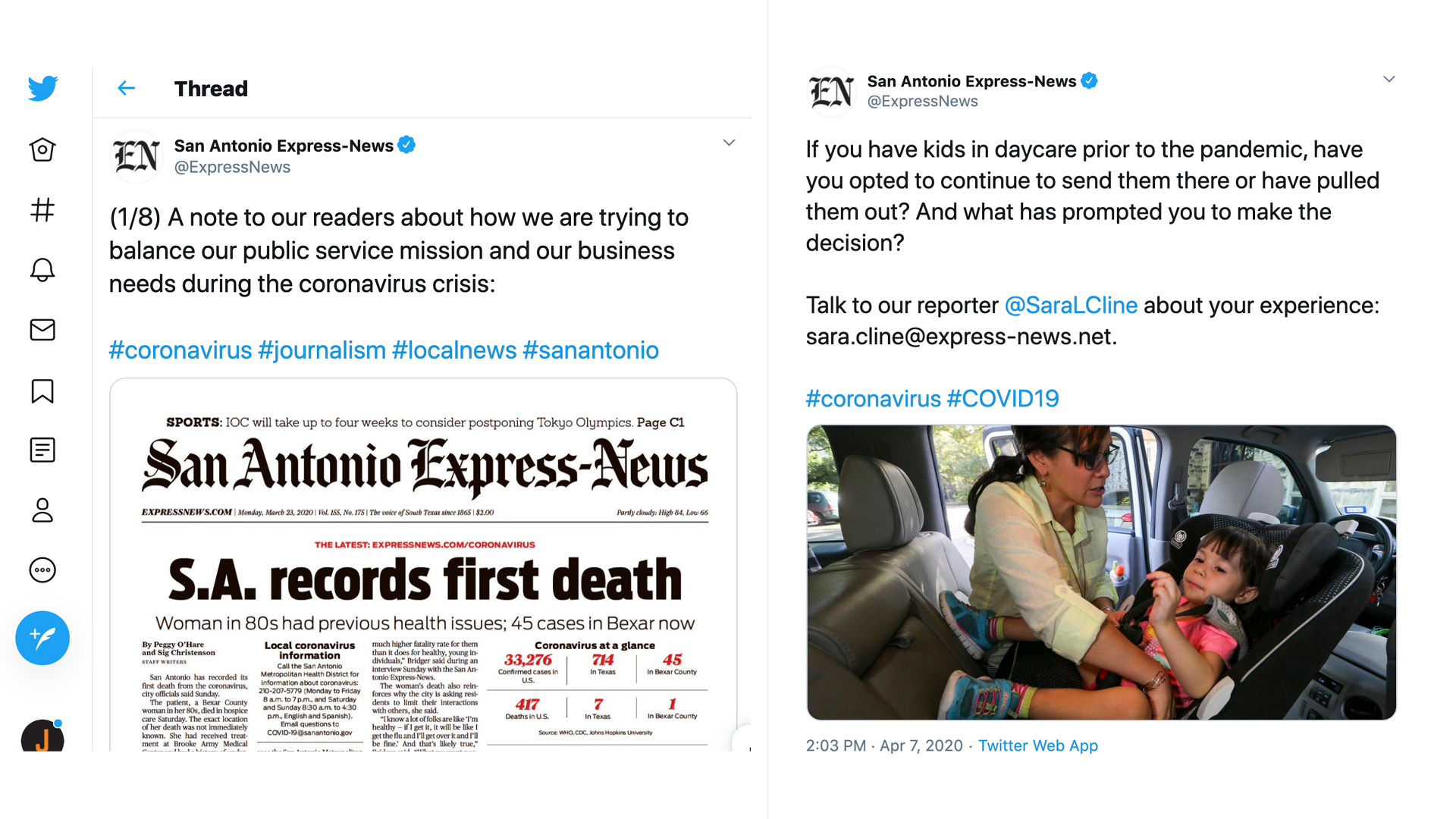 The San Antonio Express-News used Twitter to respond to questions about their paywall and to ask readers how they were managing daycare.

San Antonio Express-News reporter Sara Cline used Twitter to ask readers how they were handling daycare. And when readers complained that the Express-News was putting vital information behind a paywall, social media editor Jessie Shi took to Twitter to show how the company is trying to “balance our public service mission and our business needs during the coronavirus crisis.” She noted that the Express-News puts important news updates and coronavirus announcements on its free site, mysanantonio.com, while saving explanatory and investigative journalism, along with opinion pieces, for the paywall site. “A lot of our audience doesn’t really know about declining advertising revenue or why we need to prioritize audience revenue,” she said.

At The Wave, a community newspaper in the Rockaways in New York City, digital editor Alison Kase found her readers “planted for weeks on end” on Facebook, “sharing an unprecedented amount of personal moments.” The paper used that information to build content. Kase also used Gravity Forms to survey readers in her weekly newsletter, and found they “were forthcoming.”

Maria Clark, the USA Today American South reporter, picked up story ideas by following community Facebook pages that sprang up in response to the pandemic. She found a New Orleans mutual aid Facebook page where people were “just reaching out to be like, ‘Hey, I have an extra bag of dog food. Does anybody need it?’ Or, ‘Hey, we’re serving up free meals here. Does anybody need it?’” She also used those groups to track protests. 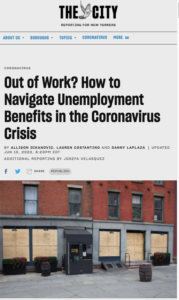 THE CITY surveyed around 2,000 readers to find out what information they needed to help them through the pandemic.

THE CITY, a nonprofit New York newsroom, has used audience engagement tools since its launch a year before the pandemic started. Those techniques became more important after the shutdown. When readers were asked to share questions and concerns, around 2,000 responded, according to engagement director Terry Parris Jr., an adjunct at the J-School.  Other “call outs” asking readers to share their experiences also had remarkable response rates, with hundreds of essential workers, health care workers and commuters offering input.

Parris says THE CITY staff looked at every single response “to understand what the most pressing topics were.” Mostly, people wanted trustworthy information about the basics – unemployment, food and navigating everyday life during the pandemic. So THE CITY put together explainers on questions like how to get unemployment benefits.

Parris found that THE CITY reporters pitched him more on creating these call outs after the pandemic hit, including reporters who hadn’t previously used social media or engagement much to reach the public. “For folks that aren’t used to asking for help, COVID created an avenue for them to feel comfortable in publicly asking for help,” he said.

Before the pandemic, THE CITY had also held 11 meetings around Brooklyn attended by nearly 300 people as part of an audience engagement-open newsroom project called The Open Newsroom. The goal was “to make local news a collaborative process with neighborhood residents.” Parris organized a second round of open community meetings over Zoom after the shutdown, and found the sessions to be surprisingly engaging and efficient.

“What Zoom does offer is the ability to quickly spin up and get a bunch of people in the room to talk about stuff without weeks and weeks of planning and flyering and phone calls,” he said. “You can put out a link or put out a request and you can get 10, 15, 20, 30, 40, 50 people to meet in this room together for you.” He hopes to resume in-person meetings eventually, but says the virtual meetings have an “entrepreneurial or agile” feel to them, and work as a quick way to test an idea, “almost like a focus group.”

FIGHTING THE INFODEMIC
REPORTING ON GOVERNMENT