“Journalism feeds off of being on the ground, to see things and talk to people,” says New York Times reporter Manny Fernandez, who until this summer was based in Houston and is now Los Angeles Bureau Chief. Before the pandemic, he did much of his reporting on the fly, just by showing up and knocking on doors. Now to do an interview in person, he calls ahead. But even when he makes it clear he’ll wear a mask and socially distance, some people are taken aback: “They’re like, ‘Whoa, I’m not gonna allow you into my home.” 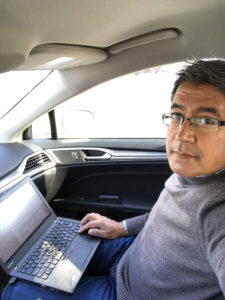 For a Times story called “24 Hours in a Pandemic Nation,” Fernandez profiled a police officer in Norman, Oklahoma. He felt it was too risky to ride along with the officer, so to get the details right, he interviewed him several times during his shift and watched hours of body cam footage. “It’s always hard to be a reporter,” Fernandez says, “to figure out what is the story, how to get to the people who know the story. Now it’s: How do I just go about reporting if I have to stay indoors? … Should I drive there or not? If I do, how much should I get out of the car? How close should I get to people?” During the pandemic, he says, his car became a second office.

USA Today American South reporter Maria Clark, a Newmark J-School alum, worried about getting the details right for a story on women choosing home births because of the pandemic. “It’s a heavy subject and especially for a topic like that, you want to go and talk to the person in real life,” she said. “You get nuances and you see their body, their expression and the way that they hold themselves, the way that they talk and their tone. … You don’t get that over the phone or even over video conference.” She also had to describe places without seeing them, which meant quizzing her lead subject: “How did the home look? What was the home birth setup in your house? What room was it in? Can you describe how it was at morning, at night?” 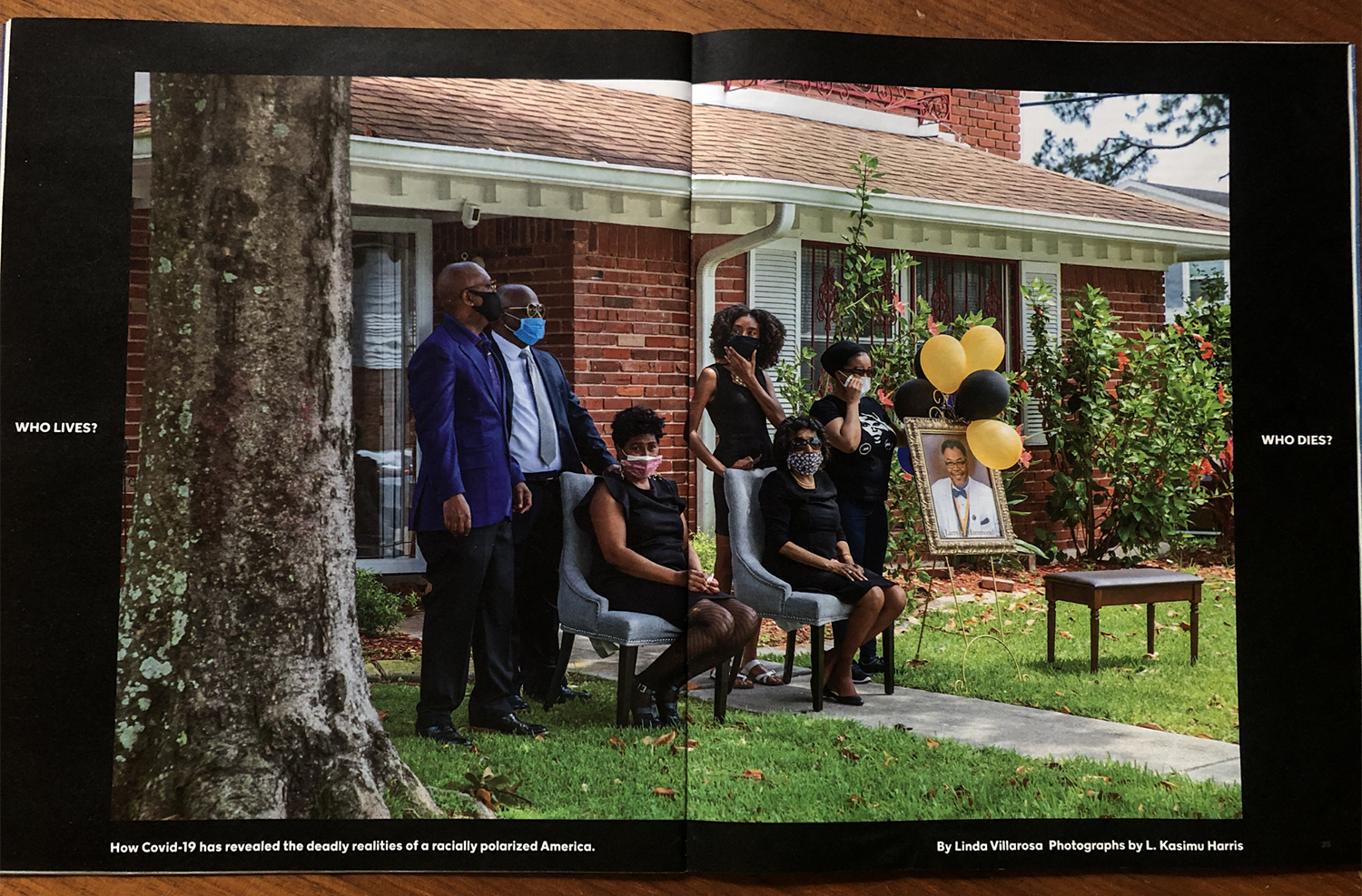 Linda Villarosa reported entirely remotely for her story on the early days of the pandemic in New Orleans.

Linda Villarosa, director of the City College of New York’s journalism program and alum of the J-School, typically spends six to eight months visiting a place while getting to know people for her New York Times Magazine stories. “That’s what I did in New Orleans for my Black mothers and babies cover story in 2018, and in Jackson, Mississippi, for my 2017 article on HIV/AIDS in the South,” she said. But with the pandemic shutdown and a three-week deadline for a story about the impact of COVID-19 on New Orleans’ Black community, she had to report everything by phone.

“I had to quickly establish trust while interviewing people who were grieving over loved ones lost to COVID,” she said. She’d never even been to Mardi Gras, so she watched YouTube videos and followed the Zulu social club on Facebook, where member deaths due to COVID were being announced. Villarosa says she can’t see herself “reporting that way if the world opens up. It works during the pandemic, but having an in-person connection and feel for place makes my work come alive.

Some reporters have found great pandemic-themed stories despite a lack of access. Journalist Lisa Armstrong, an associate professor at the J-School, was keeping tabs on prisons in New York when they were mostly shut down to visitors. So she asked sources at Sing Sing to pass notes around with her phone number.  That outreach resulted in a story about an inmate who sews face masks while mourning his mother, who died of COVID-19.