“The audience and other people have gotten really good at shooting their stuff and sharing it with us,” said KHOU’s Ramirez. “Video at events or celebrations or things that we might not be able to get to, we’re now able to use that user-generated content.” When viewers send in ideas for coverage, the station will even ask, “Do you mind shooting a little video on your phone and sharing that with us?” For example, local restaurants have sent in videos of how they are dealing with the pandemic.

Video producer Almudena Toral’s work at Univision News Digital included “training undocumented immigrants to film themselves with instructions over the phone and FaceTime and sending/receiving the files daily via Signal.

“It’s simple,” said Toral, an alum of the J-School, but in the past we may not have given sources that much agency. The collaboration aspect of it has been the most exciting for me, personally, and I definitely see that trickling through to a certain extent to the ‘new normal’ as an expanded toolkit and way of thinking and collaborating to tell sources’ stories.”

The New York Times had subjects film themselves for series like “Quarantine Diaries,” which included stories from Brooklyn to Italy about people adjusting their daily lives. “I like the roughness of the image. I like the style of it,” visual investigations producer Barbara Marcolini, a J-School alum, told Nieman Lab. “You want it to look like the person was shooting with their phone because that was what they were doing — we don’t want to manipulate in a way to make it look better.” 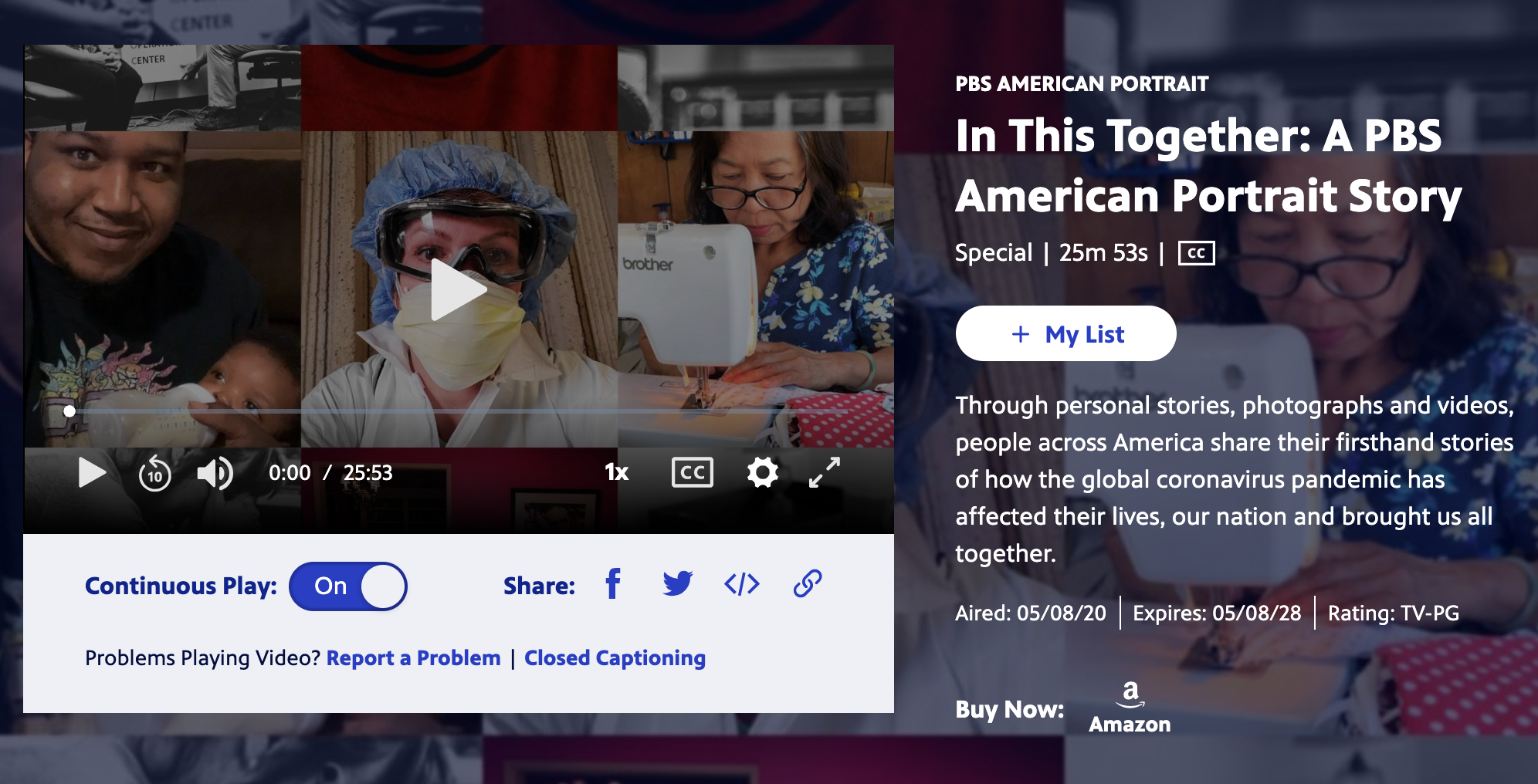 PBS’s “American Portrait” project was envisioned as consisting of 20% filmed by producers and 80% by people who were documenting their own stories. Because of the pandemic, it ended up being filmed 100% by the subjects. Producers sent iPhones, tripods and wireless kits to participants and trained them over Zoom. Daily interaction between producers and subjects led to intense relationships and extraordinary collaboration. “They may not reason that something happening to them is that important,” said producer Michèle Stephenson, who also teaches documentary courses at the J-School. “But coming from a story perspective we would say, ‘Why don’t you shoot that?’”

The participants added their own innovations. “It was very heartening how participants embraced the storytelling process and became better as we went along,” said Stephenson. An EMT, for example, put a GoPro camera on a selfie stick and did “some self-reflective diarist conversation” while walking her dog. “This process allows for a more open way of people to tell their stories and less filtered,” said Stephenson. “Journalism has a lot of values that need to be questioned. This remote process may push us to question our role.”