Zoom, Drones and “Live from my closet”:

How the pandemic changed journalism 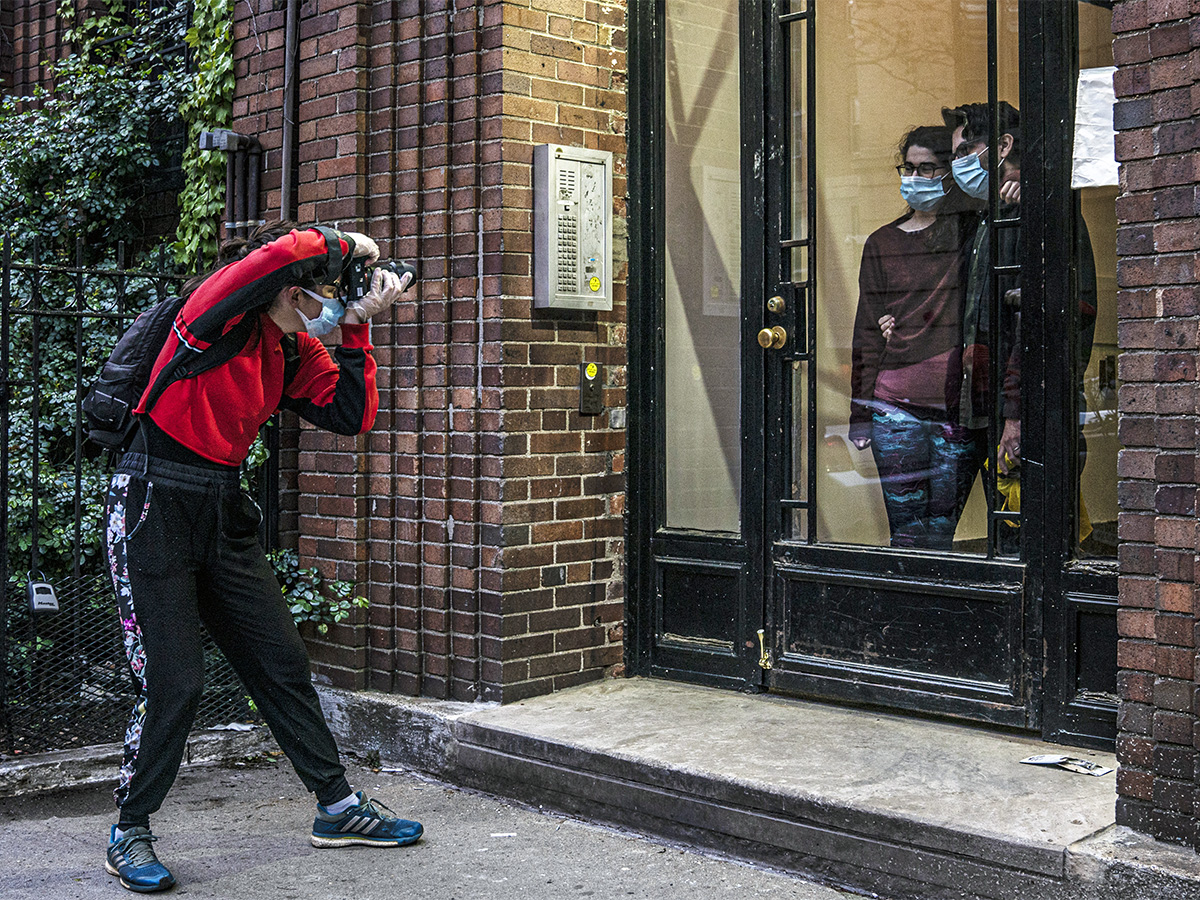 The pandemic has forced journalists to change how they do their jobs. Instead of doing interviews in person, they’re doing them via Zoom. Instead of broadcasting from studios, they’re recording audio in their closets and doing TV standups in the backyard. Photographers are coaching sources on how to take good selfies; producers can’t send crews out, so they’re asking viewers for cellphone videos. And since reporters can’t canvas crowds or knock on doors, they’re using social media, newsletters and even live online events to find out what’s happening and what readers and viewers want to know.

To find out exactly how COVID-19 is impacting newsrooms, the industry, and the way in which journalists do their jobs, the Craig Newmark Graduate School of Journalism at the City University of New York interviewed dozens of reporters, editors, photographers and producers around the U.S. This report, “Zoom, Drones and ‘Live from My Closet’: How the Pandemic Changed Journalism,” offers a detailed portrait of the challenges and triumphs of newsgathering today.

In some cases, the report found, pandemic hacks and innovations have resulted in more transparency and stronger connections between news outlets and the communities they cover. Readers and viewers are playing a more active role in local news coverage. They’re being invited to contribute story ideas; they’re being asked to pose the questions they want journalists to answer. And with reporters now routinely delivering stories live from their own living rooms, authenticity has replaced some of journalism’s hard edges and glamour.  Many reporters say their stories are also getting more traffic because they’re providing desperately needed, trustworthy information in a time of crisis.

While many journalists lament the loss of face to face contact with sources and the textured reporting that comes from being on the scene, editors and producers say some changes have made newsgathering faster, cheaper and easier. Turns out you don’t need to send a crew out to interview every subject now that the whole world can Zoom, and staffers need not waste time commuting to the office when they can do their jobs remotely just fine.

But the pandemic has taken a toll. More than 600 journalists around the world have died of COVID-19, according to the Geneva-based Press Emblem Campaign, including a New York Post photographer and an Associated Press reporter. On the business front, Poynter reports that at least 60 local newsrooms closed in 2020, and dozens more—including high-profile outlets like Buzzfeed—imposed layoffs because of declining revenue. Whether the business side improves once the economy reopens remains to be seen. But news outlets could ultimately benefit from stronger ties between journalists and the public, and from the improvisations and innovations that have in some ways made newsgathering easier.